Plan your trip to mainland Greece the smart way

Mainland Greece is only a generic term that defines a huge territory too many times overlooked by tourists and travel agents alike.

When they think about Greece, most people think about Mykonos, Santorini or a large group of tiny islands scattered all over the sea. While islands have their charm, mainland Greece is also a lovely place to visit.

My first contact with Greece was on the mainland, in Chalkidiki, (alternative spelling variants – Chalkidike, Chalcidice, Khalkidhiki or Halkidike), a peninsula and regional unit of Greece, located in the north of the country. I had accommodation in Savros, a small village in the Strymonian Gulf, at the intersection of Kassandra and Sithonia, two of the three “fingers” of the Chakidiki peninsula.

The third finger is Mount Athos and it isn’t open to tourists. You can go until Ouranopolis, the last town before the wilderness of the mountain. By the end of the road that leads to the forest. there’s a big Greek guy with a huge gun. You don’t need to understand Greek to know that you have to turn around and you’d better be quick (just kidding, the guy was peaceful but that was the end of the public road).

Then there’s Thessaloniki, a vibrant and neat city, with its old tower and its fish restaurants.Thessaloniki has a very beautiful beachfront promenade and lots of amazing Orthodox churches.

If you want to taste the best Greek sweets, go to Thessaloniki.

This mountain area is heavily underrated. Towns like Ioannina and Dodona, places like the Vikos Gorge in the Pindus Mountains and the Zagorochoria villages are definitely worth a visit.

As you head south, you’ll get to Meteora, Kalambaka, Trikala, Larissa, Delphi and many other towns and villages. Everywhere you’ll see ruins, remainders of ancient civilizations, rocks, goats and a lot of welcoming restaurants.

Athens deserves a full week trip itself, as there are many historic landmarks to see here. The nearby beach resorts are merely populated by locals. From Marathon and Nea Makri to Rafina, the coast can be the ideal spot for a peaceful vacation. I loved the calm atmosphere and the amazing (fried) shrimps in Nea Makri.

Piraeus and Glyfada are two neighborhoods worth visiting, even though they aren’t as touristy as other spots in Athens (perhaps this is for the better).

Suthwest from Athens, there’s Nafplio, Monemvasia and the entire Peloponnese peninsula. The Corinth canal separates it from the mainland.

However, since the Corinth canal is man-made, Peloponnese isn’t considered an island. If it were an island, it would have been bigger than Crete.

How many days (or lives for that matter) would you need to visit this whole territory? 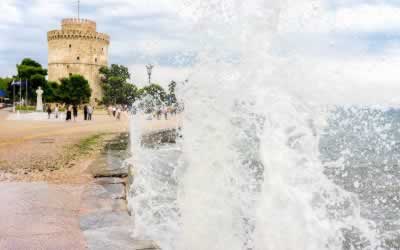 Beaches in Thessaloniki or Within Easy Reach

As you can easily see by taking a look on a map, there are no beaches in Thessaloniki within walking distance from the city center. This doesn't mean you can't spend a pleasant beach holiday in one of the resorts near Thessaloniki or even in the city itself. I've...

END_OF_DOCUMENT_TOKEN_TO_BE_REPLACED 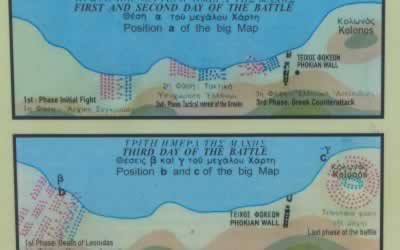 Visiting Greece with a history buff will take you to places you've never thought to see. Thermopylae (alternative spelling Thermopyles, Thermopilai) in northern Greece is one of these famous places. Thermopylae is the mountain pass where King Leonidas and the 300...

END_OF_DOCUMENT_TOKEN_TO_BE_REPLACED 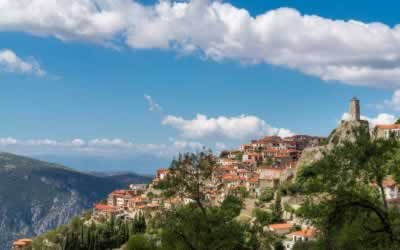 There are many ways to plan a Greece 10-day itinerary. You can focus on the mainland, on some islands or on a mix of the two. You can drive, fly or sail. When it comes to spending 10 days in Greece, the sky is the limit in terms of possibilities. How Many Days Do You...

END_OF_DOCUMENT_TOKEN_TO_BE_REPLACED 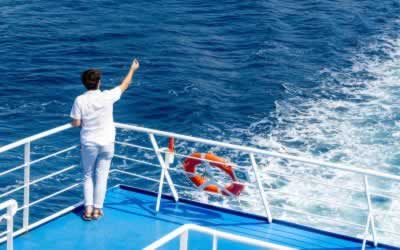 What is the first thing that comes to mind when you say Greek Islands? If you're like most people, you'd think of Santorini, Mikonos or some other islands by south of Athens. Some would think of Corfu and some others of Crete, Zante or Rhodes. How many of you would...

END_OF_DOCUMENT_TOKEN_TO_BE_REPLACED 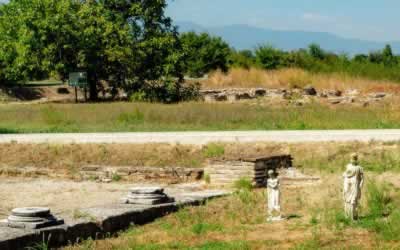 Hidden between Mt. Olympus and the beach resorts on the Olympic Riviera, the archeological site of Dion is one of the most intriguing places in Pieria, in Northern Greece. A wetland scattered with statues, building fragments, ancient walls and sanctuaries, Dion is...

END_OF_DOCUMENT_TOKEN_TO_BE_REPLACED 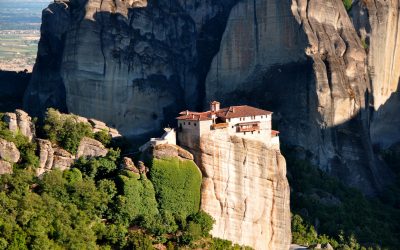 How To Visit the Meteora Monasteries in 2023 – Organized Tours or Self-Guided Visits?

Meteora monasteries in Greece are a miracle of nature and craftsmanship. Visit Meteora in a full-day trip from Athens, or sleep over in Kalabaka.

END_OF_DOCUMENT_TOKEN_TO_BE_REPLACED 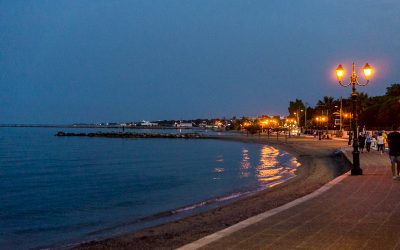 Nea Makri is one of the best beaches near Athens, Greece. Easily accessible, Nea Makri is a quiet town and a seaside resort great for a beach vacation.

END_OF_DOCUMENT_TOKEN_TO_BE_REPLACED 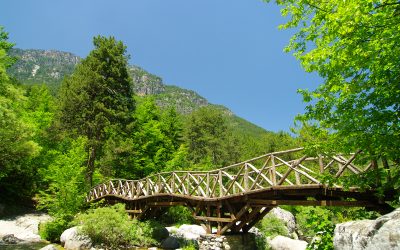 Mount Olympus in Greece is one of the most beautiful places on this planet. It has hikes for all levels, waterfalls, lizards and even a holy cave.